The YNA is governed by a Board of Directors that meets at least every other month. The General Membership meets roughly quarterly*; meeting dates and locations are published in our newsletter The Yorker and posted on our home page.

* NOTE: Due to the COVID-19 response restrictions, YNA has greatly reduced the number of General Membership Meetings. Our Board and General Membership has continued to meet virtually during this time frame. We hope that, as of May 2022, YNA will be able to resume its more active General Membership meeting schedule in person as soon as safely possible.

If interested in our neighborhood activities and/or to receive announcements of such activities, please see our form at the bottom!. 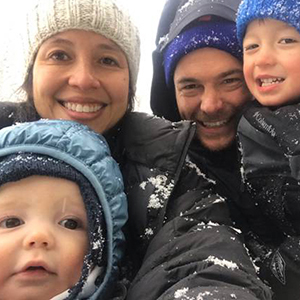 Colin, his partner Kristin, and two young boys Charlie and Wesley moved into the York neighborhood in August 2021. They remodeled a Victorian home on Humboldt where Kristin lived during her time at Western. The family enjoys listening to music, frequenting local parks, and cooking. Colin has his MBA from the University of Washington and leads the Professional Services teams at Smartsheet, a Bellevue-based technology company. Colin and Kristin spend their philanthropic time giving back to educational causes. Colin spent 10 years on Seattle-based YMCA boards, and Kristin is a school psychologist for elementary-school children.

Colin looks forward to working with the Board on improving quality of life for all friends, families, and neighbors of the York neighborhood. He is particularly interested in maintaining the historic charm of the neighborhood, improving Rock Hill Park, and giving the York community a voice in broader Bellingham conversations. He enjoys meeting new neighbors and listening to their York stories. Say hello if you see him around the neighborhood! 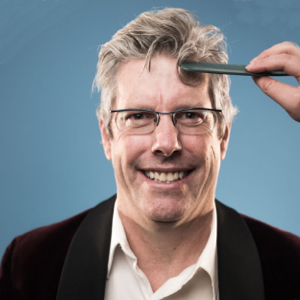 Chris and Lisa always dreamed of moving to a quaint neighborhood with a classic corner store. So when an abode in the York neighborhood became available, they jumped on it. Now they saunter into town (Mallards is a favorite), try their best to garden, and work extra hard to keep their dogs and kids out of trouble.

Chris is partner in Moment Films and enjoys playing beach volleyball, analyzing the production design in Downton Abbey, and eating. He looks forward to meeting more of his neighbors. 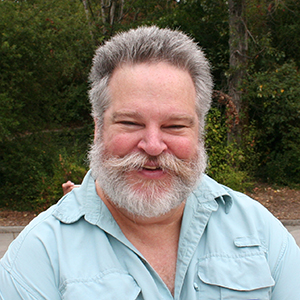 Tom has been active in the YNA for almost all of the 30+ years he has lived in the neighborhood. Tom is the current Secretary and appointee to the Mayor's Neighborhood Advisory Commission. Tom is a computer consultant and network engineer with On-Site Computer Services. His family includes wife Dondena, adult son Kelix (daughter-in-law Ali), and adult twins Sierra and Kyle. He is active in scouting and can often be seen out on a local field kicking a soccer ball when not "playing" with computers. 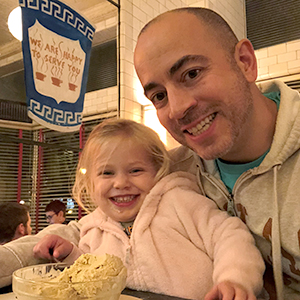 John moved to Bellingham to join close friends and family in the summer of 2021. He and his family left NYC behind and settled in York because of the tight-knit community and proximity to all Bham has to offer. Currently, John works for a global recruitment firm and hopes one day to set up a physical office within walking distance of York! When hes not working, he enjoys cooking vegan food, biking, hiking, watching football, and discovering new music.

John was appointed to the Board in August 2021. He is Park Steward for Rock Hill Park. 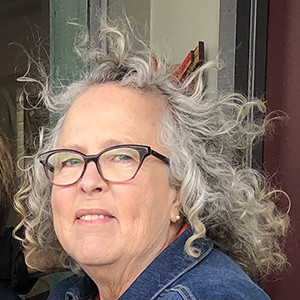 If you live in the York Neighborhood, chances are that you either know or recognize Anne. A cornerstone of the York Neighborhood Association, Anne has been passionately involved for many years in making our neighborhood a better place to live. She has worn just about every hat there is to wear for the inner and outer workings of YNA.

You might see her around the neighborhood serving up a cup of coffee or meeting with a community leader at Marlins' Café in Nelson's Market, owned by her husband, Jon Ostby, and herself. If you miss her there, look for her digging weeds at Rock Hill Park, attending a neighborhood meeting, or delivering The Yorker…all on the same day.

Anne is a member of numerous neighborhood committees and an extraordinary organizer. She's held every officer position on the YNA Board at least once. Recognized as a voice for the neighborhoods and as an outstanding speaker, she's used this ability well and often over the decades she's lived in York.

After living in the York Neighborhood off and on for the last two decades, in 2014 Élan and his wife Ashley returned from traveling abroad on their sailboat to the York neighborhood, where they purchased and fully restored their 1900-built home. They now live there with their children Reed and Stella, fish Blue Blue, and dog Zephyr. The Engel family continues to enjoy boating on Lake Whatcom and in the San Juan Islands. 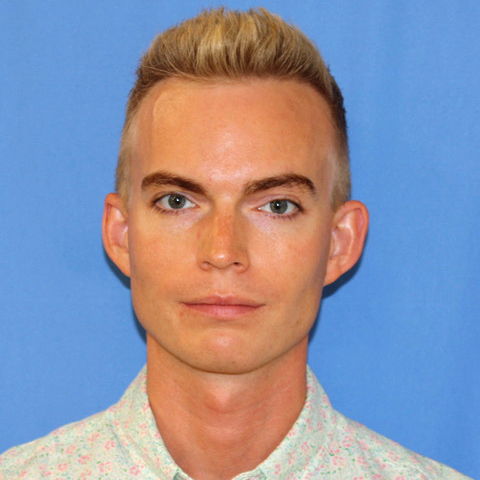 Hello York neighbors! I have called York home since 2015 when I bought my house on Franklin Street. These days, my household consists of a WWU student, a flight attendant, an engineer, myself, and our dog Fraser. We enjoy walking Fraser around the neighborhood and experiencing its delightful character.

Yorks great qualities draw households of all ages, ranging college students, young adults, families, and retired folks. I joined the board after talking with my household about how much we like this neighborhood and wondering how we could get more involved. Wed love to get to know more of our neighbors and continue building a sense of community.

I was raised on the Lummi Reservation, went to WWU, and am now in my third year of medical school at UW. I enjoy trail running (and love that the arboretum is so close to York), HIIT (High-Intensity Interval Training) classes at Apex Fitness NW, and hanging out with friends around Bellingham. 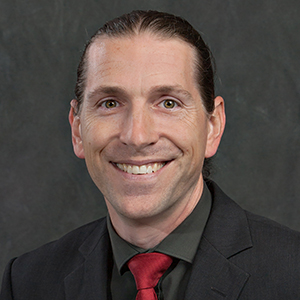 Hello Yorkers! I am happy to be serving you as an at-large board member. I grew up in Snohomish and went to school at Western and graduated in 1999 with a BA in Elementary Education and Spanish. After teaching for three years in the Burlington School District, I moved to Japan in 2001, where I met my wife, Junko. In July of 2014, we got married, and she moved with me back to Bellingham. We bought our house at 1717 Humboldt Street three years later in 2017 (yes, the one with the cute smiling-frog statue in the front yard, just off of Meador).

I am a financial advisor with Edward Jones, and the Bellingham community is very important to me. I am serving on the board for the Whatcom Maritime Association. I am very active with various organizations around the harbor where my office is located. I'm also a member of the Bellingham Sister Cities Association, where I am able to stay connected with the ex-pat and international community in Bellingham. I volunteer teaching relaxation, meditation, and Reiki at Unity Spiritual Center on Telegraph Road and at the Center for Spiritual Living on Yew Street Road once a week. Junko and I enjoy gardening and hiking around our beautiful Northwest Mountains during the summer months and cooking ethnic foods year-round.

Feel free to get in touch anytime with any concerns or comments about our wonderful neighborhood. 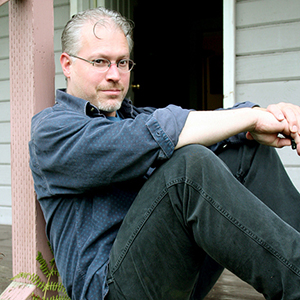 I'm a 12-year renting resident of northern Iron Street (recently transported to Sunnyland, just across the creek) since fleeing Seattle in 2007 after 20 years. Professionally I'm a freelance graphic designer and editor by trade who wears a variety of other hats as situations call for them.

Before joining the board in late 2018, I took on the layout of The Yorker newssletter in fall 2016 and have enjoyed working with the YNA to help keep neighbors up to date on York's status and activities.

And oh boy am I a cat person. I don't drive, and thus I've earned the nickname of The Cat Whisperer from some neighbors along my grocery-run route between home and Fred Meyer, as I visit with (and know by name) nearly all outdoor kitties along the way. I grow catnip, so on summer afternoons it's not unusual to see a trail of blissed-out cats lying on the sidewalk in my wake.

...By the way, Mark is also Co-Webmaster for the Yorker online! We can all see his impact in some of the layout and artistic flairs of the last couple years of Yorks communication presence. 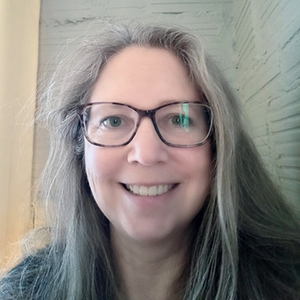 Opie has had a 35-year goal to move back to the York neighborhood, but life keeps getting in the way! Recently escaped from a 24-year stint out in the county on acreage, she can now be found living and working out of a fixer-upper apartment in the downtown section of York neighborhood on Champion Street.

Someday shell retire, life willing, to her granny house on Humboldt Street. Until then, ERP software programming, several small-fry home businesses, food-lab projects, and camping with her husband and provincial one-eyed cat in the wilds of Eastern Washington keep her busy and out of trouble. 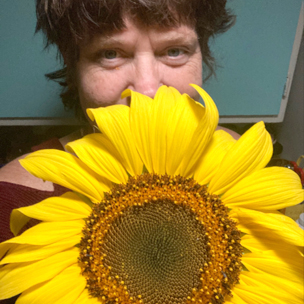 Aloha, York friends. I first moved to Bellingham in 2017 and landed on Franklin Street. Ive moved away from Bellingham twice since then, and both times I returned I headed right back to the York neighborhood. It feels magical here, especially Rock Hill Park because it has the best climbing tree in the neighborhood (prove me wrong)! Plus I adore being close to downtown.

Im originally from San Diego so I love being near the water, and in my spare time I can often be found swimming or SUPing at Lake Padden. I also enjoy going for walks or bike rides around town, landscaping my fairy garden, and ecstatic dancing.

I currently work as an Office Manager at Our Saviours Lutheran Church in Happy Valley and am a Paralegal Studies student at Whatcom Community College. I hold an M.A. in Consciousness and Transformative Studies and have a background as a Software Quality Assurance Engineer and Technical Writer. Im very excited to take on the role of the The Yorker newsletter editor, and I welcome your articles, content ideas, and pictures.

Use this form to indicate your interest in being active in YNA and/or to request subscriptions to one or more of our e-mail distribution lists.